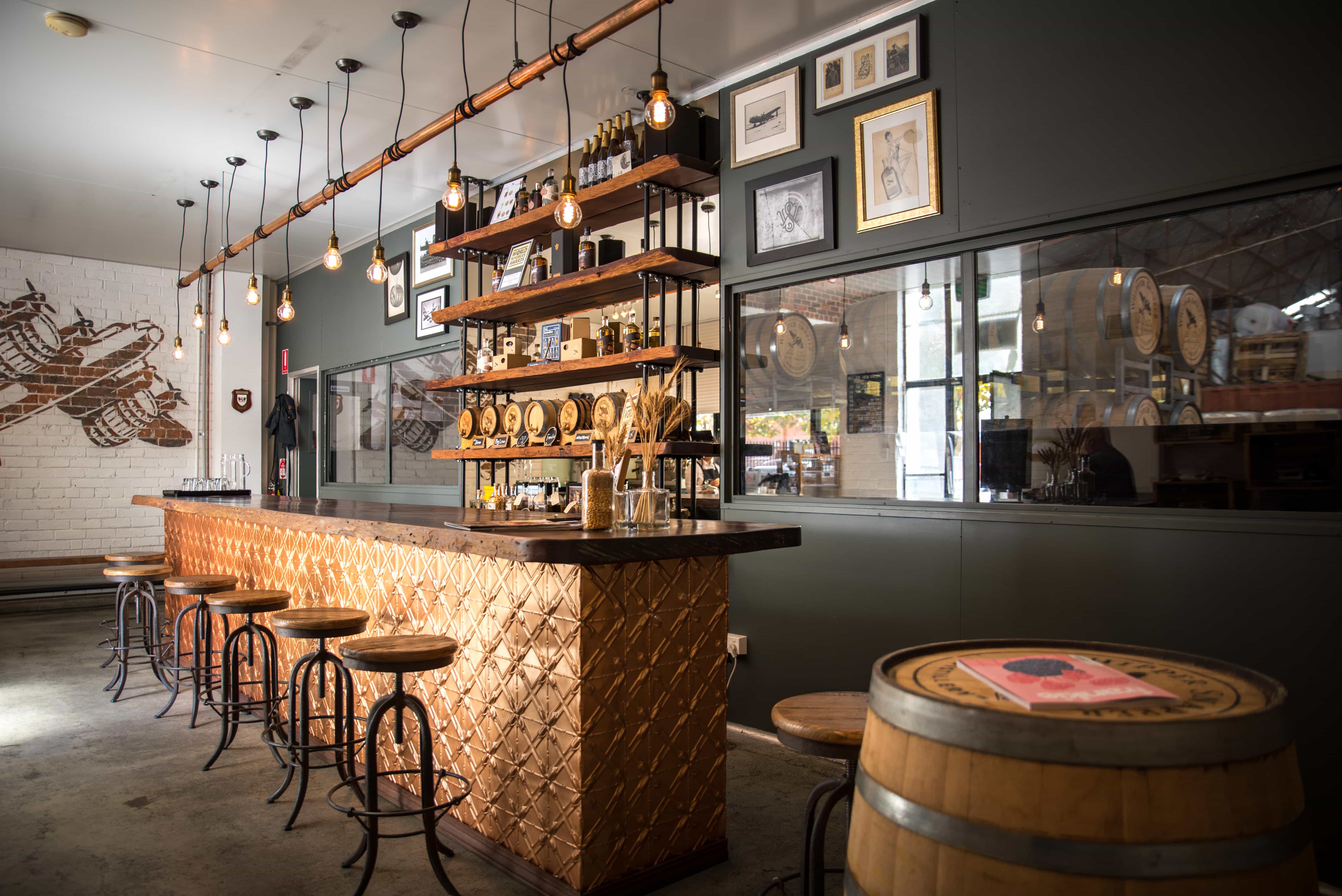 Brothers-in-law Alasdair Malloch, 31, and James McKeown, 26, are the team behind both Western Australia and Australia’s first dedicated bourbon-style whisky distillery.

Located in a revitalized wharehouse in East Perth, the idea behind Whipper Snapper Distillery dates back to World War II. Alasdair, during his university days lived in an apartment in Scarborough and became friends with an elderly neighbor who flew Lancaster bombers during the war.

This friend named Vic taught his neighbour how to make moonshine whisky from a recipe given to him by an American pilot he met in England back in 1943.

With the inspiration firmly ingrained Alasdair decided to broaden his horizons travelling and researching in the USA and Scotland and upon returning to Perth the idea of establishing a local, urban distillery was born.

The coffee shop and tasting bar is a great place to pop in during the week.