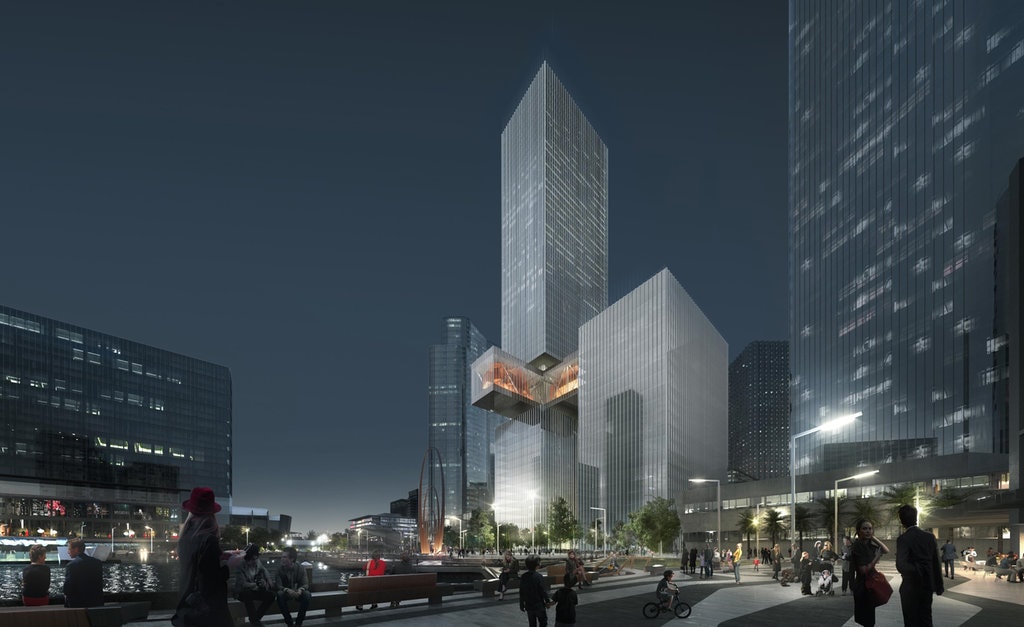 The team have proposed a two-tower project including Perth’s tallest skyscraper coming in at 52 levels. The modern contemporary tower features a prominent and cutting edge mid-level restaurant and ballroom space which juts out towards the Quay.

The building will feature 15,000 sqm of office space, a five-star riverfront hotel with up to 220 rooms and 220 luxury apartments. There will also be high-end ground level retail opening onto Elizabeth Quay.

Brookfield has engaged CBRE to help find a partner for the hotel.

Brookfield’s building arm Australian construction giant Multiplex will be in line to take over the construction works of the $650 million development.

The remaining lot at Elizabeth Quay recently sold to West Australian developer Adrian Fini and Singaporean developer Victor Goh who won the rights to lot 2 and 3 with a $85 million bid and a dual tower proposal.